July was special time for us as we brought Bulbie to Nintendo Switch in all regions (7/6 USA, 7/13 EU+Australia, 7/20 Japan). For a while we shifted from our usual routine to answering bunch of emails everyday. After all we are not only developer, but a publisher as well.  We tried to answer each and every message so if you got lost somewhere in the middle, please make sure to reach out to us again.

Thanks to you, we have managed to hit #4 in EU and #11 in US best selling charts. Nintendo wrote a news on BB and it was included in best games showcase, which is a big deal especially for a such small studio as ours. 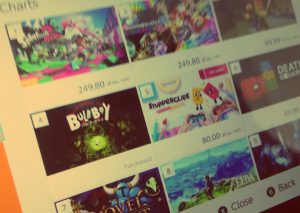 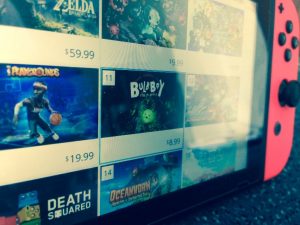 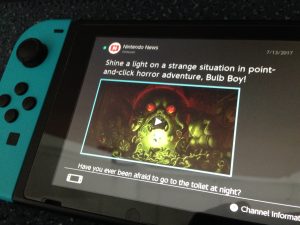 We must say that the Press was very gentle with our delicate glassy child (74 Metascore). Here are some examples:

‘Its appeal comes in the form of its characters, craziness and toilet humour – a deadly combination that deserves to be played’
Nintendo Life 8/10

To not be so much on the PR side we must add that we had some reviews which were not so enthusiastic (but it’s minority so we will keep ignoring them -joke -we will try to take all constructive critic into account – joke?).

We’re all physical meat beings so it’s sometime fun to do this strange thing in analog world called… socializing (yuck!) so…. If you want to meet us in person we will be in Baden (near Zurich), Switzerland from 7th to 9th of September at Fantoche International Animation Film Festival. We’re supposed to say something about games there, however we will have plenty of time to hang around and speak about meaning of light bulbs or whatever crazy subject you prefer.

If you still want to do communication in natural human-to-computer-to-human-way, please note you can AMA (or rather AUA) on Reddit here.

On top of that we would like to add that Bulbware turned two this July and we’re getting really close to bringing glassy fella to other current-gens.

In the meantime we will be cooking up some new abominable offspring of ours at a secret location in Krakow….